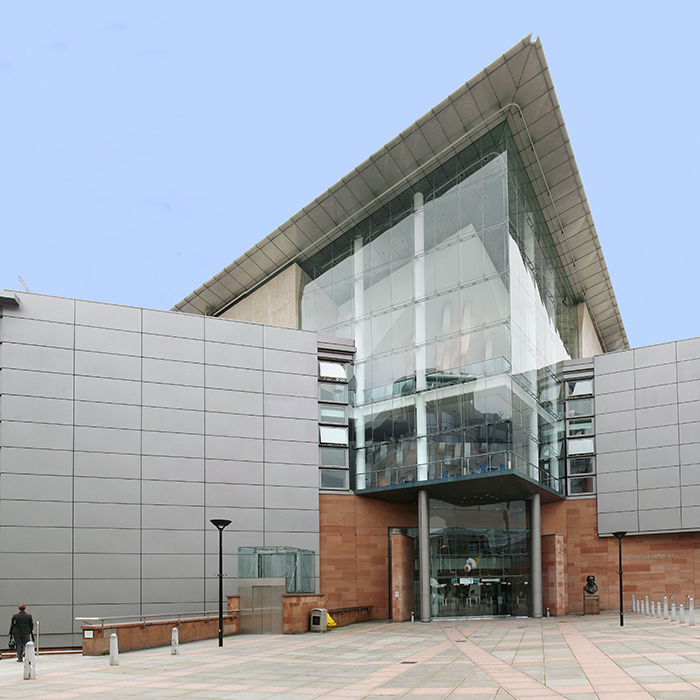 The Bridgewater Hall is Manchester’s international concert venue, built to give the best possible space for music. The Hall hosts over 300 performances a year including classical music, rock, pop, jazz, world music and much more. The Hall is home to the Hallé orchestra, and also hosts the BBC Philharmonic and Manchester Camerata regularly. The Hall also programmes its own classical music season, the International Concert Series. The Hall works with a range of promoters and charity hirers on other programming. The construction of The Bridgewater Hall was funded in partnership by Manchester City Council and the Central Manchester Development Corporation with assistance from the European Regional Development Fund.