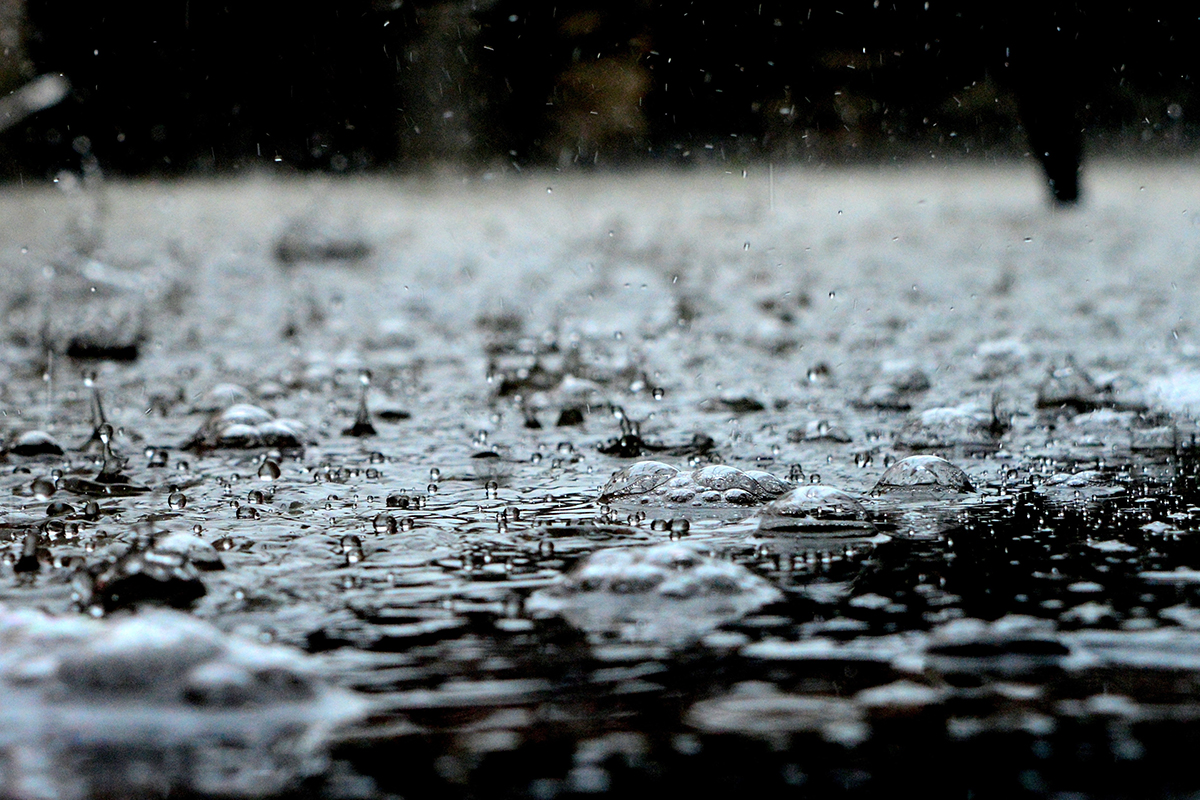 As a composer I have had the privilege of working in many different settings co-creating work with a diverse range of people, so when I was selected to be one of nine composers on Streetwise Opera’s Re:sound project I was absolutely thrilled. The joy this kind of creative work can bring, especially to those who may not consider themselves artists, is personally something I am passionate about being part of as a professional creative.

Working with people who use Cornerstone Day Centre here in Manchester posed a new challenge. Cornerstone is a fantastic and vital organisation offering a range of support to those who are homeless or face risk of homelessness. People who access their services may engage for a short period of time, or frequently make use of their support over a long period. Some of the collaborators on Manchester Rain – the work we created as part of this Re:sound project – had been involved in workshops myself and other Streetwise colleagues, had lead earlier that year, whilst others were new to Cornerstone entirely. To that end, over the six sessions we had at the centre, we never really knew each week who would be available for each session.

In most co-creative settings, especially ones in which an artistic product is part of the brief, your collaborators will be attending regularly in order to help shape the work and its outcome. The challenge to me as composer and facilitator was to find a way to ensure everyone felt engaged and connected to this developing work even if they were only able to attend one session.

Manchester Rain had many inspirations. Firstly, I had recently returned from a holiday where I’d purchased a fancy umbrella that has particular importance to me, and I felt this would be an interesting physical stimulus. Secondly, when researching repertoire about Manchester I was drawn to two songs that made particular reference to the city’s weather: Manchester by The Beautiful South and Manchester Rain by Katy Rose Bennett. The latter is a song commissioned by my choir The Sunday Boys early in 2022, whilst The Beautiful South’s song is a tongue-in-cheek ode to the city and that infamous rain. Finally, and most importantly in the context of this project, everyone has a relationship with the rain, especially those of us based in Manchester! I felt the city’s reputation for wet weather would be a simple, but effective, starting point.

In our first two sessions characters emerged quickly. My fancy holiday umbrella became the umbrella of Dr Rose Autumn – a doctor at Manchester’s Christie Hospital – and an heirloom from her late mother. Images of Manchester in the rain provided a stimulus for a grumpy businessperson who was desperate for a connection with another human being, as well as an umbrella seller on Market Street who was revelling in the bad weather. Rain equals cold hard cash when you’re in the umbrella market!

The beauty of six sessions to create a three-minute (or three minute and 55 second…) opera is that you have time to get to really explore these characters. There is so much detail about their lives and experiences that we developed that simply cannot be detailed in such a short piece, however all that exploration allows for such a rich and meaningful process meaning our collaborators have a deeper relationship to the work we’ve created than if it was an ‘off-the-shelf’ pre-existing work they had learned. They know these characters inside out having created the world of this work, as well as each of those characters’ worlds.

Also, the beauty of the theme, and our characters, is that for those collaborators who we’re only able to attend one session, is that Manchester’s weather, and our different characters, are immediately identifiable. Everyone knows what it’s like to get stuck in the rain, and everyone has a different story about the weather in our city. One of my own stories is that I didn’t actually own an umbrella in Manchester for the first five years of living here. I just got very wet…

As always, the sessions were filled with so much joy. And, of course, many surprises as well. One of our regulars to the session shared with me his interest in experimental 20th century classical music and in the breaks we’d have geek-outs over John Cage’s music and philosophy.

The opportunity to create something so small over an extended period has meant that so much exploration and play has gone into this work. I still have strong memories of sessions and contributions that have shaped the micro-opera, especially of those collaborators who were only able to attend one session. The character of Dr Rose Autumn, who is our main protagonist in this work, was lovingly created in our first session by a collaborator who we didn’t see again in the subsequent sessions. An example of how a small contribution can add so much to a larger collaborative work. Perhaps like a droplet of rain in a Mancunian torrent…? 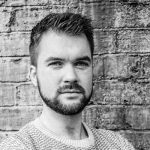 Michael Betteridge
Composer based in Manchester "It's not hard to sing with conviction" 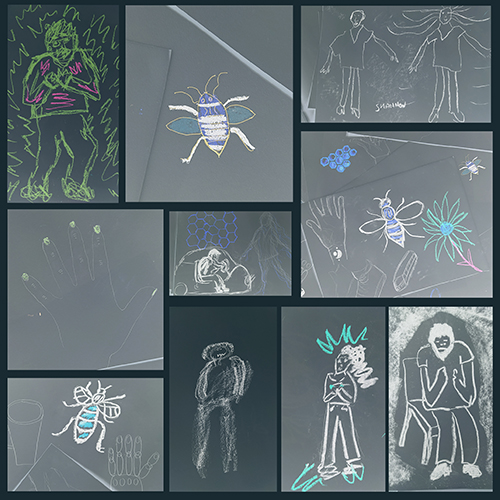 The bee, looking down over Manchester 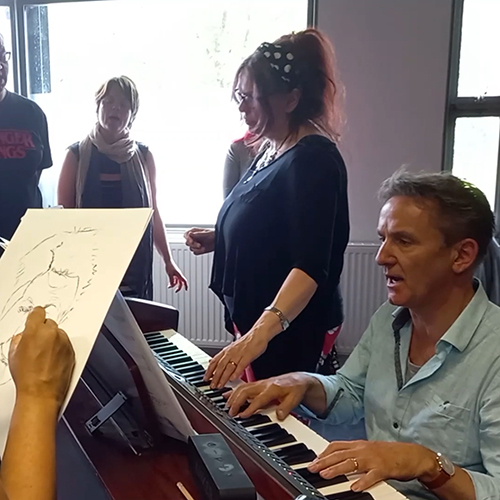 A fresh look at the City of Nottingham