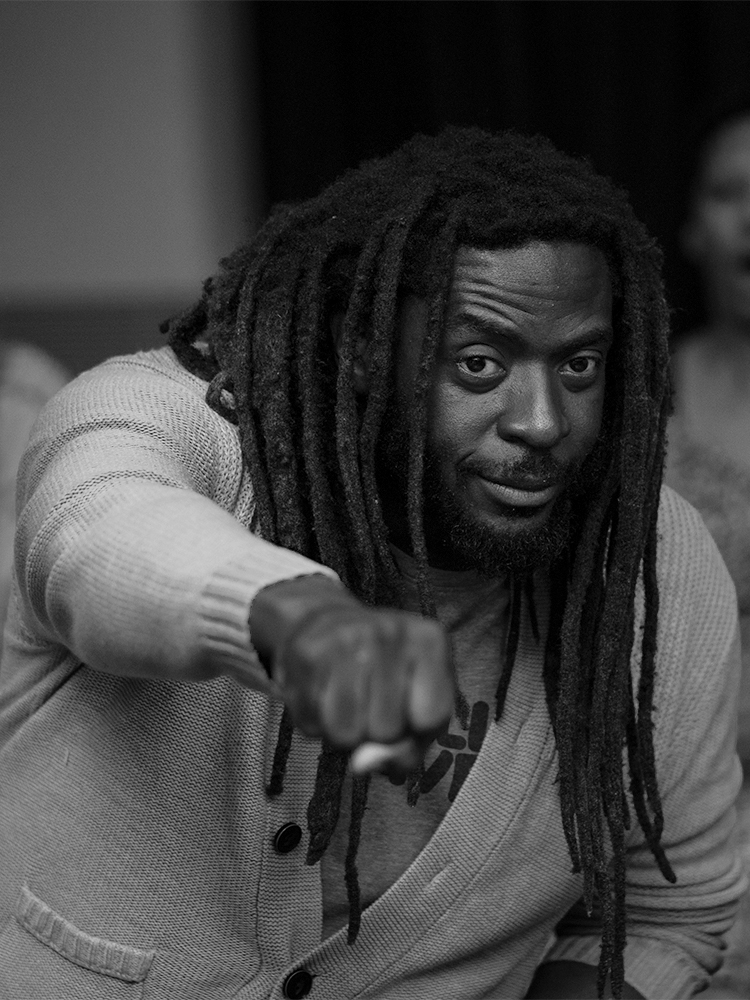 Aga Serugo-Lugo is a vocalist, clarinettist, composer and workshop leader.

He sang for the 9 piece Funk band “Gefunkt”, and also extensively composed for the six-piece jazz-fusion group ‘Eclectiv’. Aga’s interests lie in narrative-based community music-making, focusing on accessibility and inclusivity. This has given him the opportunity to work with, amongst others: Sing-up,  the Royal Opera House, ENO Baylis, Music in Detention, Create, Turtle Key Arts, Streetwise Opera, Trinity Laban, Mencap, Pegasus Opera, Creative Partnerships, Wigmore Hall and Britten Pears Arts.

Aga has had the opportunity to explore many different styles including: classical, Jazz, soul, soul and Funk. He also has a keen interest in theatre, especially music theatre and writing. Professionally, his style of choice has been jazz, which Aga has played across London with an eclectic mix of groups; this accompanies his private tuition and workshop leading. Improvisation and composition play a major part in his music making and workshops.