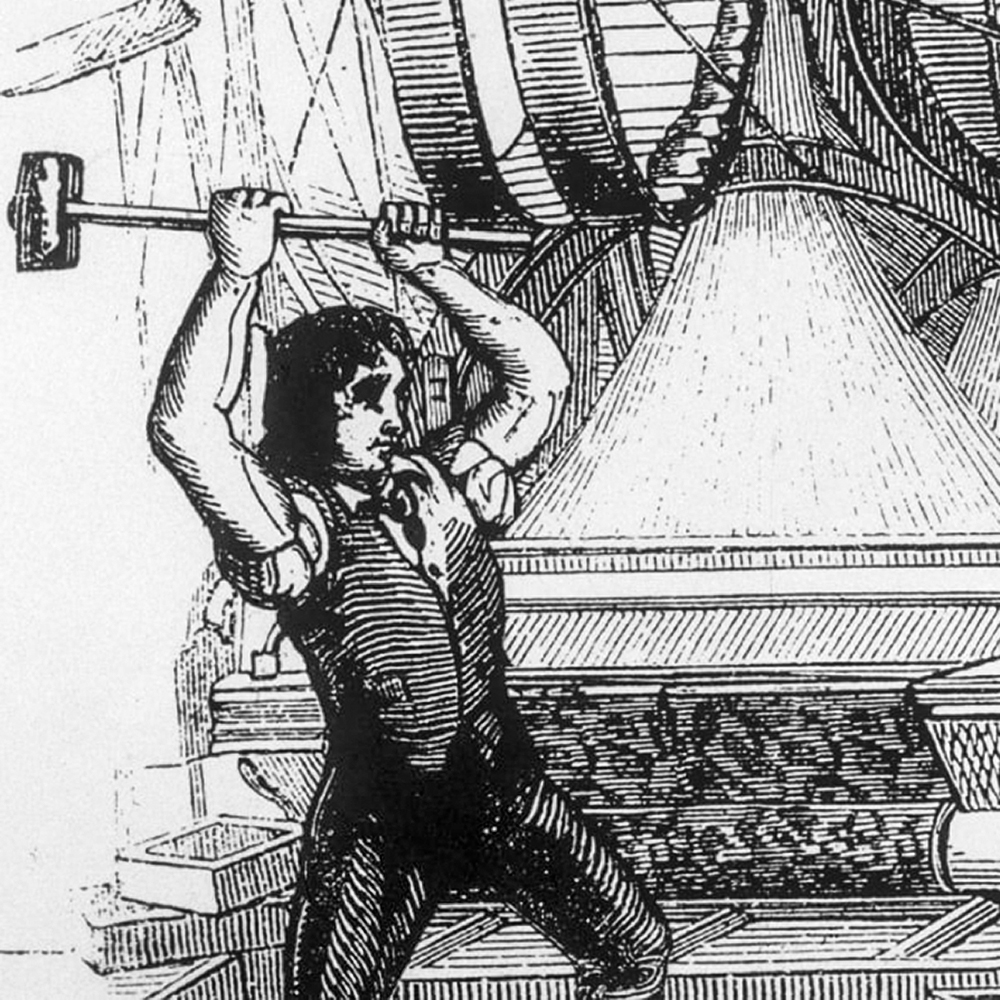 It’s the early 1800s and Britain is in the middle of the industrial revolution. Textiles produced in the isles are gaining an international market, and producers are eager to increase their capacity. They introduce the wide framework, which allows them to hire fewer and less-experienced knitters. Qualified workers are going hungry because of the machines.

We’re Nor Avin’ It! explores the rebellion led by Ned Ludd, a Robin Hood-like figure who who created a false persona to mobilise his fellow knitters. Under the cover of darkness they would break into textile workshops and smash the frameworks. The Luddites were persecuted and threatened with hanging, but they inspired workers to fight for their rights. That spirit of rebellion and social justice lives on across Nottingham today.