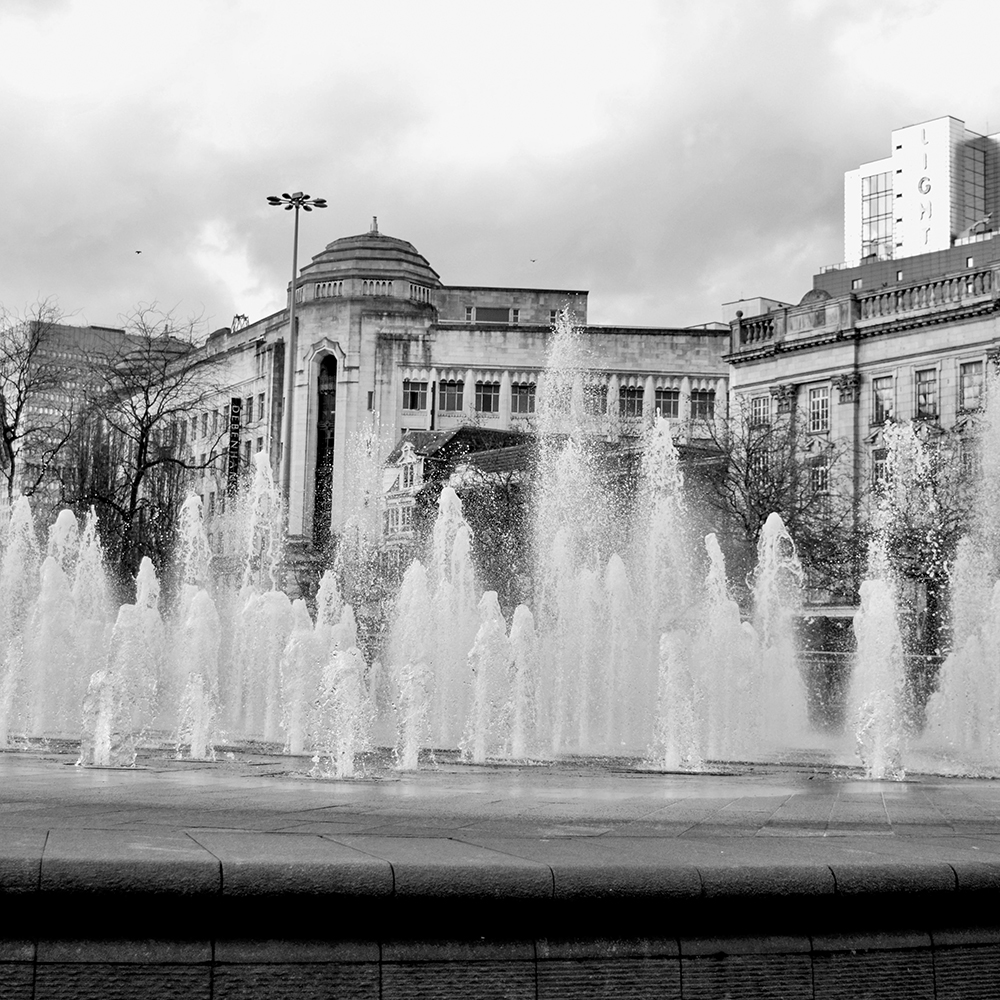 The Spirit of Manchester

Aquabella, the soul of Manchester, is a spirit that emerges from Piccadilly Fountains to remind its citizens of the city’s courage and determination to come together to overcome injustice.

Today Aquabella follows Florence, and activist who is heading out to a protest in the centre of the city. As she walks amongst the crowd, a man bumps into her and does not apologise. His name is Ernie, and he is a businessman. They get into an argument that highlights the inequality between people who live in the same city.

Aquabella reminds them that Manchester is built upon the values of respect and tolerance.