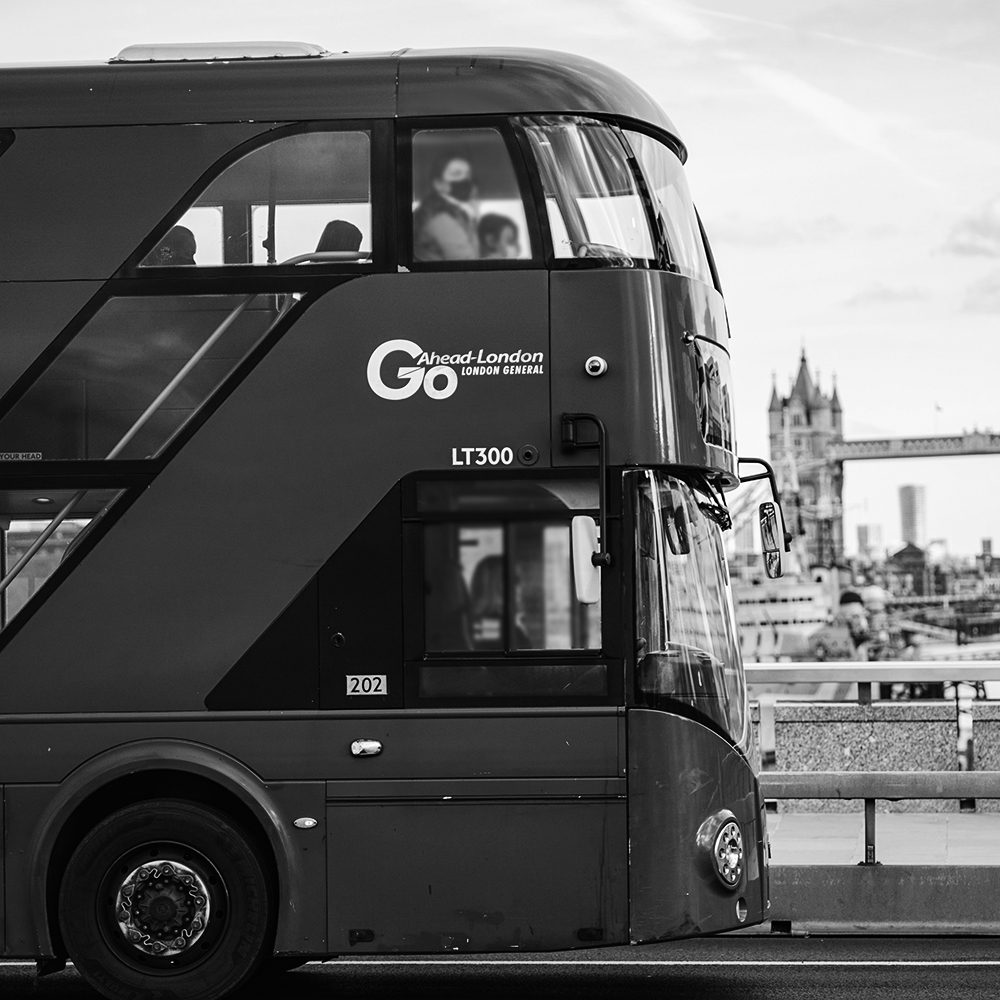 As the double-decker navigates the London traffic, some passengers bury their faces in the freesheets, others speak loudly on the phone, others try to grab a little shut-eye, and yet others seem hypnotized by their mobiles. It’s been a dull and uneventful journey – but as the vehicle comes to a loud and abrupt stop, they are all shaken back into reality.

The shouting and the sight of the placards make their hearts sink. They are surrounded by environmental activists staging a protest, and they quickly realise that the bus is not going anywhere! The commuters shout at the protesters, demanding they get out of their way. The activists accuse them of standing by selfishly while the world burns. Anger boils on both sides, and the shouting and fist-waving seem about to escalate.

Amidst the commotion, a baby starts to cry – loudly, so loudly that it quiets down all the shouting. Anger turns to surprise, which turns to embarrassment, which turns to compassion. Commuters and protesters join in a lullaby to calm the child, as they discover that they have a lot more in common than they thought.